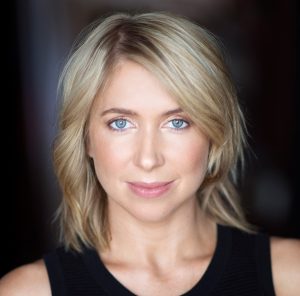 Perth born and bred, Julia Grenda was accepted into the BA of Musical Theatre at the Western Australian Academy of Performing Arts at age 17. Whilst at WAAPA, she played Anytime Annie in 42nd Street directed by Terence O’Connell, Georgine Skeene in Loving Repeating, directed by Jason Langley, Lizzy Phagan/Dance Captain in Parade, This be in Tales from Ovid as well as being featured ensemble in Rent, Oklahoma and Jayne Eyre. Since graduating, Julia has hosted Looney Tunes and Sesame Stall over Australia and Asia for Warner Bros as well as filming a pilot with Jon English called In the Groove and sharing the stage with Hollywood legend, Debbie Reynolds in the musical Irene. In 2012, she was accepted into the Full Time Acting Course at 16th Street Actors Studio. Julia’s Melbourne Theatre Credits include Amy in Love in the Time of MRSA, for Melbourne Fringe, Joan in the Australian Premier of The Essence of Passion, Alana in the Australian Premier of Relate written by Chantelle Fava and Various Roles in Song Contest –The Almost Eurovision Experience. Her Film/TV Credits include Various Commercials for Chemist Warehouse, Crown, Telstra and SBS, The Pharmacist in Super Wog, Susan in the film When Stained Glass Breaks, Dorothy in the film, Tin Man which has also has won a Gold Remy Award at the 2015 Worldfest-Houston and was also announced in the official selection of the 2015 Sci-Fi-London Film Festival as well as Meg in the feature film, Blue Grace to be released in 2019. Most Recently, Julia was the choreographer for Lightning Jar’s Theatre, Mr Burns –A Post Electric Play. As well as teaching all over Melbourne, she is also the proud Owner & Director of Dance Network Victoria. Julia is thrilled to be a part of WaistWatchers and would like to thank her students, friends and family for all their support over the years. 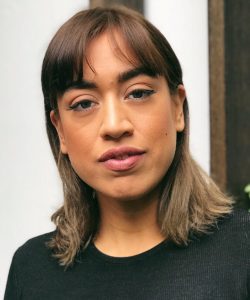 Vanessa is a Music Theatre graduate from Federation University. Her credits whilst at the Arts Academy include Zoe in When Midnight Strikes and Ilsa in Spring Awakening. She also performed Ballarat and Melbourne seasons of her self-devised cabaret, It Takes Two to Tango. After graduating, Vanessa performed various roles in Stage Art’s productions at Chapel off Chapel, including Sofia in The Color Purple, Sister Chantelle in Bare, and understudied and performed the role of Effie White in Dreamgirls. Vanessa also featured as a vocalist in Flourish Productions The Songs of Alan Menken, which celebrated sold out seasons and had its final run at Melbourne Theatre Company. Internationally, Vanessa has starred as Mayor Goodway in Life Like Touring’s Paw Patrol Live! Race to the Rescue and The Great Pirate Adventure which saw her performing throughout Australia, Asia and New Zealand. Vanessa is thrilled to be apart of WaistWatchersThe Musical! and can’t wait to share this hilarious character with audiences. 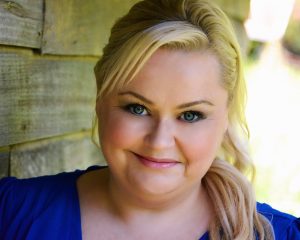 Lulu is soon to be seen in Paul Hogan’s new feature film “The Very excellent Mr Dundee”and was very proud to be included in Shane Jacobson’s hit movie “That’s not my Dog” as one of 30 comedians including Paul Hogan, Jimeoin, Fiona O’Loughlin and Michala Banas. Lulu also recently starred in the Tropfest winning 2018 movie “Two Piece” directed by Greta Nash. Lulu’s most recent stage Production was Prince Moo’s hilarious play “Calendar Girls”, in which she received raved reviews playing ‘Ruth’. Prior to that Lulu was touring Australia with Prince Moo’s critically acclaimed production of “Avenue Q”. She toured her own comedy musical SuperGirly-Return of the Pop Princess which co-stars the extremely talented Lyall Brooks.

Lulu has supported Elton John on tour as well has starred on the west end in her own show SuperGirly at the New Ambassadors Theatre. Lulu was also invited to perform at Elton John’s private party ‘The Tiara Ball’ at his Windsor home. Guests included stars Mick Jagger, JerryHall, The Spice Girls, Catherine Zeta Jones and Michael Douglas, among others. Lulu also performed exclusively for Madonna, Bob Geldoff, Queen, Dolce & Gabanna and Bananarama. Other fans of her work include Jennifer Saunders, Ade Edmondson, David Furnish and Boy George. Lulu received rave reviews for her role as the politically incorrect ‘Cassandra’ in the SBS series written by Rebel Wilson, “BoganPride”.

And in 2012 Lulu was nominated for a best actress in the Maverick Movie Award in LA and also won for best performance in a short film for her leading role in “Auditioning Fanny”. She has also appeared on TV in 5 Bedrooms, Miss Fishers Modern Mysteries, Neighours and Blue Heelers to name a few.

Paula started performing professionally as a teenager in pantomimes throughout Australia with such characters as Humphrey B. Bear, Bugs Bunny, The Simpsons, Tom and Jerry and many more. In 2001, she won the opportunity to work as a Mae West impersonator at Universal Studios Japan. A few years later she toured NZ and Australia with “Menopause the Musical” and also performed in Singapore, Hong Kong, Dubai and Melbourne’s State Theatre with Thomas the Tank Engine and was Dance Captain for the Dubai and Melbourne seasons. When she was home in Melbourne, she would join the cast of Witches in Britches Theatre Restaurant, on and off from 2003 to 2018. She went on to write and direct 2 successful shows there, “Two and a Half Witches” as well as “My Big Fat Witch Wedding”and can now add “Crazy Rich Witches” to her credits, opening this June. In 2001 she played the role of “Isabella Jordan” on Neighbours and in 2005 returned as “Bethany Lilley”. Other TV credits include Blue Heelers, Full Frontal, various TV commercials and a new Australian sitcom ‘Fix Her Up’ where she plays a photographer. She recently had a small part in a Chinese Feature Film “A Journey Through Time With Anthony”. She trained at The Dance Factory in Richmond since she was 8 and now works there teaching Jazz, Tap, Hip Hop and Singing/Drama classes. She also studied Musical Theatre at the National Theatre in 2002 where she was selected as a Showcase performer.