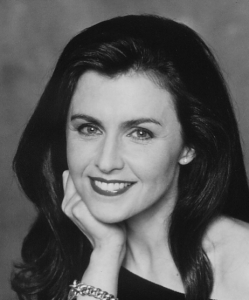 Adelaide born and raised Christine is incredibly proud of the fact her productions have contributed more than $45 million in turnover to the arts sector in Australia.

In 2018 Christine celebrated her 25th anniversary as a significant Australian producer and her company’s 100th tour. An award- winning actress (Carson’s Law), she was a regular on television screens in the 1980s and 1990s. It was her commitment to providing a platform for female actors that led to her initial move into theatre production with a season of Duet for One (1993) at the Victorian Arts Centre.

Andrea has been a valued member of HIT Productions’ Senior Management team since 2008, managing the finance of over 80 touring productions.  Andrea is involved in all aspects of the business and controls all the bookkeeping/finance functions. Andrea is a highly qualified and certified bookkeeper with 30 years experience in the corporate, entertainment and sporting sectors.

Chelsea commenced work with HIT Productions in 2015 as a crew member on HIT’s national tour of Australia Day written and directed by Jonathan Biggins. Since then her roles have included company stage manager, community engagement officer, publicity, production and logistics coordination. Her broad experience in live theatre production brings a depth of hands-on knowledge to this role. She managed logistics for 8 separate HIT touring productions in 2016 – 2017. In 2018, she tour coordinated 15 music/cabaret shows & 7 theatre productions. All undertaking regional and national tours across Australia.

In 2019, she coordinated all logistics for 3x national tours of The Sapphires, My Brilliant Divorce & WaistWatchers the Musical!

Chris joined HIT Productions in 2016 after assisting in the establishment the new three theatre complex, The Alex Theatre, in St Kilda. Her current role covers all aspects of administration including venue, staff & performer contracts, funding applications and general admin ‘housekeeping’.  Prior to working in theatre Chris spent 38 years in the television production & post production industry.

Janine joined HIT Productions in 2018, returning to the workforce after being a fulltime mother for over 23 years raising her 7 children. Her work history includes many volunteer roles ranging from financial to hospitality to retail. Her professional career prior to maternity leave involved extensive and dynamic work in the Victorian local government and private sector ranging from administrative, customer service, training/leadership, sales and financial positions where she developed a varied knowledge of many different computer systems and software.  An interest she has continued to develop over the years.