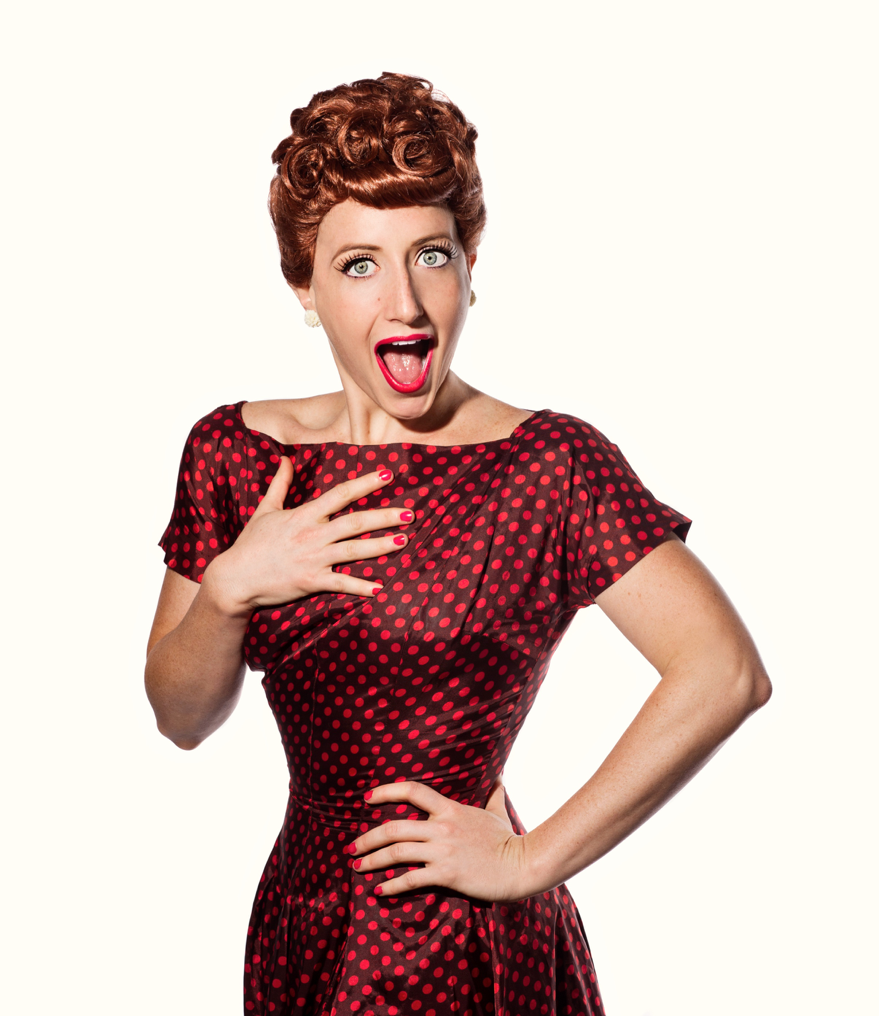 A production by Christine Harris & HIT Productions in association with Luckiest Productions.

Lucille Ball was the Queen of American comedy for decades. As television’s biggest star inI Love Lucy – the most popular sitcom in American history – the wacky, fearless, and totally endearing Lucy broke the mould for the way women were allowed to behave on TV.

Lucy was joined every step of the way by her real-life and on-screen husband Desi Arnaz. Together they defied conventions and expectations, and ensured total control by creating their own studio. Lucy and Desi held up a fun-house mirror to every marriage in America – exaggerating and making amusing every idiosyncrasy of married life. But as Lucy’s popularity thrived, her relationship with Desi suffered both professionally and privately.

Generations of fans love Lucy Ricardo for her impulsive, foolhardy and child-like charm – but the producer of I Love Lucy once said “Lucille Ball is about as different from Lucy Ricardo as anyone could possibly be.” She was a dedicated professional whose seemingly effortless comedy was a result of rigorous attention to detail and fanatical rehearsing.

This cabaret-style show is a treat for audiences young and old.

“Everybody Loves Lucy is equal parts amusing and bittersweet. A fitting tribute to the paradox that was Lucille Ball.”
Sarrah Le Marquand, The Daily Telegraph

“The show is a light, bright, treat. It’s a really strong marriage of both idea and laughs, and it’s evidence of the tight, impressive writing in the piece.”
Cassie Tongue, Aussie Theatre

“Everybody Loves Lucy is splendidly written, snappy and lean, taking us on her journey in character, without any cheesy cabaret narrative bits. Helen Dallimore’s deft, clean direction ensures a light, bright style, with splendid variation of pace, on the simplest of settings.”
Neil Litchfield, Stage Whispers