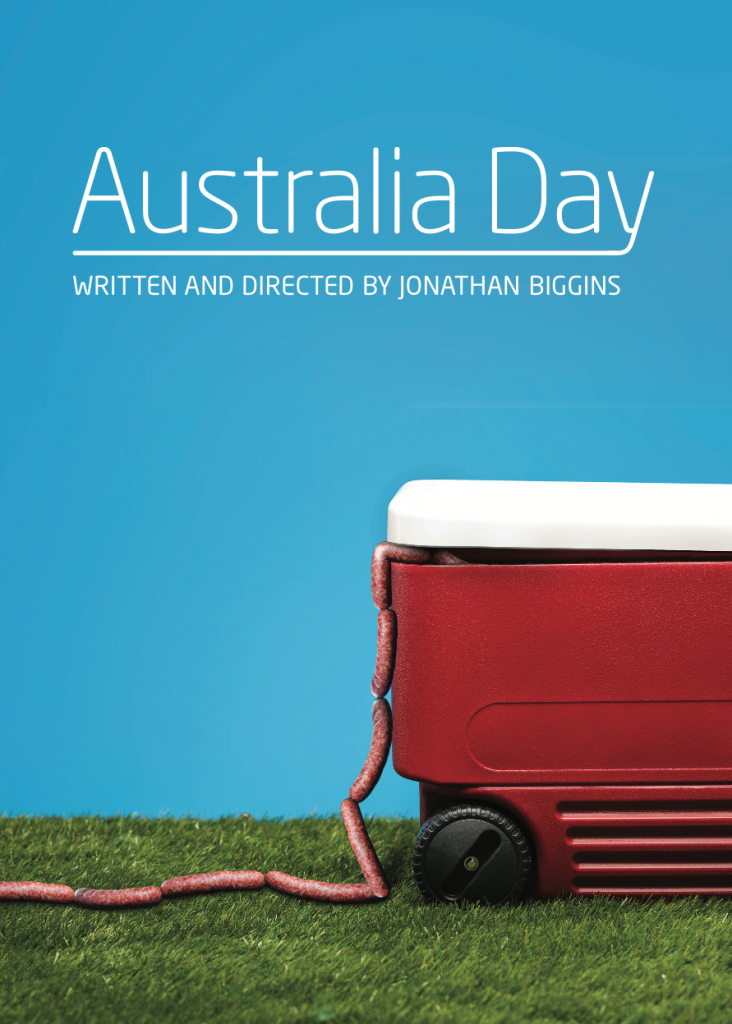 The country town of Coriole is getting ready for Australia Day –a time to crack open a frothy, stick a snag on the barbie and celebrate what it means to be a true blue Aussie. The Australia Day committee is gearing up to put on the town’s biggest party – but they have a few issues of their own to sort out first. With everyone from the Greens to the local mayor to the CWA wanting a piece of the party pie, it’s proving hard yakka to work out what an Aussie celebration should look like. Nothing is sacred as the national identity is put through the wringer in this thoroughly modern ripper of a comedy! Will the day be fair dinkum after all? Or are there too many roos loose in the community hall? Written and directed by acclaimed playwright and Sydney Theatre Company’s artist Jonathan Biggins (The Wharf Revue), ‘Australia Day’ returns in a brand new touring production for 2015.

Geoff Kelso imbued Brian with all the self­serving traits of those in local office without being sleazy. David James’s Robert was spot­on. Unambitious and happy to be a second­stringer. James played the part in the original Melbourne and Sydney production so he certainly knows where the laughs are buried. Dennis Coard had a field­day as Wally dropping “F” bombs and calling a spade a spade, while Robyn Arthur’s Marie was a hoot as she tried to understand twitter and facebook and negotiate a walkie­talkie. But the lynchpin in this whole scenario was Sharon Davis as the ball­busting Helen. Outwardly fierce, but inwardly tender, her performance had passion and pathos. Ken Moraleda as Chester, the Australian­born Vietnamese had enormous fun sending­up Asian stereotypes and looked appropriately daggy in his Australian flag

Set, costumes, lighting and sound complimented the action, the use of answering­machine messages voiced by Robyn Arthur during the scene changes added giggles, and pre­show, interval and post­show music, which included “Our Don Bradman”, “Waltzing Matilda” and “Gundagai” were a delightfully tongue­in­cheek salute to our Aussie culture.

I’ve no doubt regional audiences will embrace this satiric bit of nonsense with open arms. Bravo Christine Harris and Hit Productions for a fun night in the theatre.”
Stage Whispers