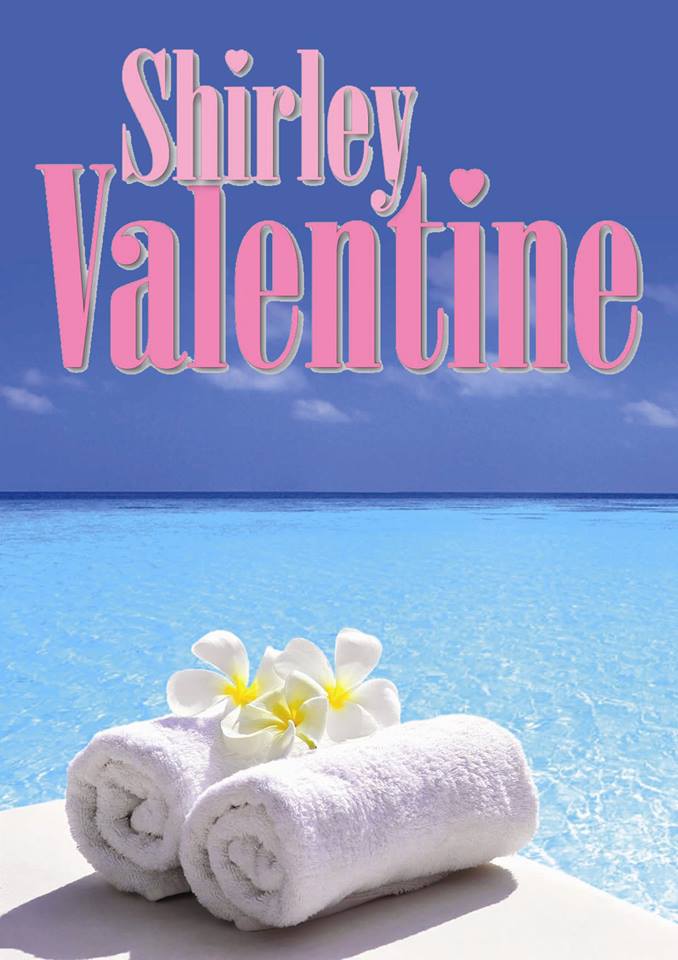 HIT Productions had great success with this very well know play in 2008. We are delighted to be producing back to back Willy Russell plays – Educating Ritain 2016 and Shirley Valentinein 2017. Shirley Valentine, which won the award for Best Comedy at the 1988 Laurence Olivier Awards, is a funny but moving piece.

This production will star the talented and vibrant Mandi Lodge who is touring with HIT Productions in Always… Patsy Cline in 2016 with Courtney Conway and was acclaimed in HIT Productions’ one woman touring production of Peter Quilter’s Just The Ticket in 2014 and currently HIT’s national tour of Always…Patsy Cline as well as HIT’sMenopause The Musical in 2012. Mandi’s eclectic career also includesroles in Dumped! The Musical and Sweeney Todd with Philip Quast.

The play is about escape and takes the form of a monologue by a 42-year-old Liverpool mother and housewife, Mrs Joe Bradshaw, before and after a transforming holiday to Greece. Inside Mrs Joe Bradshaw is the former Shirley Valentine longing to emerge. Her self-esteem battered by school, marriage and life in general, she finds herself talking to the wall while her husband is out working. She feels that her life is terribly mundane as she compares scenes in her current life with what she used to be like and feels she has stagnated. When her best friend wins an all-expenses-paid vacation to Greece for two, Shirley grasps the opportunity to head for the sun and leave her current drudgery behind, to re-find herself, follow her dreams and to get a new lease on life. The note in the kitchen reads “Gone to Greece, back in two weeks”. With much humour, warmth, sympathy, human insight and a great deal of empathy for his female protagonist, Willy Russell brilliantly shows Shirley breaking out of the mould in which she was cast by society.

“She is in equal parts funny, endearing, cynical, vulnerable and brutally honest. This one- woman show is as brilliant as it is fearless and Mandi Lodge delivers an outstanding performance in the title role of the currently touring HIT Production version.”
Deborah Jayne, WeekendNotes

“A good show starts with a good script, and Shirley Valentine is a masterpiece that will be as relevant in ten years as it is today.”
Deborah Jayne, WeekendNotes

“Flowing at a steady pace throughout, the script is never boring even when it slows, becoming poignant and insightful. This show will ultimately lift you up with its overall message of hope.”
Deborah Jayne, WeekendNotes

“She is endearing and wry and utterly likable.”
Deborah Jayne, WeekendNotes

“She will make you laugh just as easily as she’ll move you to tears.”
Deborah Jayne, WeekendNotes

“Lodge’s friendly, familiar and upbeat tone makes her funny anecdotes and jokes seem effortless, allowing the audience to make light of the questions that are embedded deeply within us all.”
Jade Barker, Arts Review

“Mandi Lodge in Shirley Valentine takes the audience on a journey within themselves and out again – all with a touch of sexuality, abandon and plenty of fun!”
Jade Barker, Arts Review

It is a simple and brilliant idea… the profound and perennial point of the comedy is the problem we seem to have contemplating the idea of a woman alone – in a pub, on a beach, in a restaurant. This is what Shirley learns to combat as she unravels her own sexual and social identity. The play is not only funny, it is also moving.
Financial Times