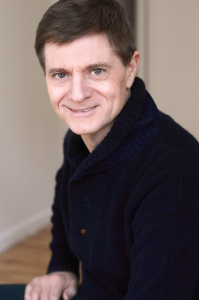 Denny Lawrence has worked in Australia, Canada, New Zealand, UK and USA as an actor, writer, producer and director in film, theatre and television. His many screen credits include four feature films, numerous telemovies and miniseries and literally hundreds of hours of series television. Many of his productions have won nominations and awards, including at the AFI and BAFTA Awards.

He was producer and director on the ABC series MDA, which gained an International Emmy Award nomination and won an AFI Award for Best Series and Best Actor and Actress. He has also won a number of awards for screenwriting. He continues to work regularly in theatre where his credits include the award-winning Sky and The Old Boy (both for the Ensemble Theatre), A Woman Knows (Tisch New Theatre, NY), A Soldier Dreams (Theatre East, NY) and has recently directed a new musical, High Time, starring Philip Quast.

For Red Stitch in Melbourne he directed Loyal Women, Belleville and the acclaimed production of Love, Love, Love.

Originally trained as a Graphic Designer, Adrienne later went onto complete a post-graduate diploma in Theatre Design at the Victorian College of the Arts in 1996. Since then Adrienne has designed Sets, Costumes and puppets for such companies as: Melbourne Theatre Company, Sydney Theatre Company, Playbox, Melbourne Workers Theatre, Circus Oz, Back to Back, Polyglot Puppet Theatre, The Wiggles, Art Play, Danceworks, ‘Ivanov’ and ‘The Lower Depths‘ for Ariette Taylor Productions. Chookahs Festivals for the Victorian Arts Centre, Weave Movement theatre, Numerous Productions for the Ballarat University Musical Theatre Course, ‘Syncopation’ and ‘Café Rebetika’ for The Follies Company, and 17 productions for 45 Downstairs including ‘Ivanov’, ‘Progress and Melancholy’ and ‘Café Scherezade’. Adrienne was a founding member of highly-acclaimed The Keene/Taylor Theatre Project designing sets and costumes for all of their seasons and was a Green Room Award recipient for her Set Design for ‘The Burlesque Hour’ now seen all over the world. For Andrew Kay Productions Adrienne has designed costumes for, ‘Thomas the Tank Engine the Musical’ seen across Asia and ‘Masterclass’ starring Amanda Muggleton. Adrienne was Parade and Float Designer for Melbourne’s much-loved Moomba Parade in 2010. Adrienne has designed 16 productions for HIT Productions including David Williamson’s most recent works, ‘Managing Carmen’ and ‘When Dad Married Fury’. ‘Motherhood the Musical’, Louis Nowra’s ‘Cosi’, ‘Diving for Pearls’ and ‘The Club’ to name a few, most recently last year’s 25th anniversary tour of Hannie Rayson’s ‘Hotel Sorrento’. She designed Cabaret show ‘Between the Cracks’ with performer Sara Ward aka Yana Alana which received several Greenroom awards and a part of the 2018 Edinburgh Festival. Adrienne has designed many times for Red Stitch Actors Theatre including, ‘Trevor’, ‘HIR,’ ‘Lovesong’ and most recently ‘Dance Nation’. Adrienne has for many years worked within the Education Departments of the Metropolitan Fire Brigade, Parks Victoria and the Child Witness Service for the Justice Dept, illustrating and designing games and other Educational tools to assist their work with children. 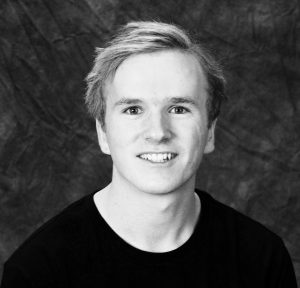 Nick is a Lighting Designer & Production Manager based in Melbourne. In 2015 Nick graduated from the Victorian College of the Arts with a degree in Lighting Design & Technical Management. In his 3rd year Nick interned on Broadway as Assistant Lighting Designer to Donald Holder on the revival of ‘On The Twentieth Century’. He also attended the Beijing International Biennial to collaborate and attend design workshops with artists from around the world. After graduating, he has designed and production managed a number of shows nationally and internationally. He has worked with companies & artists including; ILBIJERRI Theatre Company, Insite Arts, MADE, Graeme Murphy, Victorian Opera & Australian International Opera Company. He is currently working at Federation University as the Technical & Production Services Coordinator, as well as perusing his freelance career. 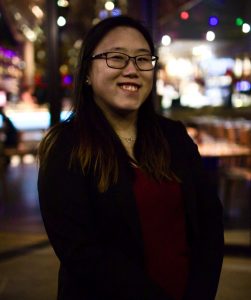 Celine Khong graduated with a Bachelor of Fine Arts (Production) from the Victorian College of the Arts (VCA) in 2016. Whilst studying she was fortunate enough to spend a 2 month-long internship with Broadway Sound Designer Ken Travis on Aladdin in Sydney. In 2018 she was the local sound swing for Priscilla Queen of the Desert during their Melbourne season and spent the rest of the year touring the East Coast as a touring technician on Hotel Sorrento with HIT Productions. Her credits include: Fugitive Songs (Sound Designer / Operator, 2018), Glorious! (Audio Operator + Touring Technician, 2017), Ordinary Days + 21 Chump Street (Sound Designer, 2017), and They’re Playing Our Song (Lighting Designer, 2017)