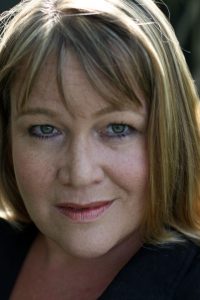 Mandi Lodge is one of Australia’s busiest leading ladies spending the last five years touring Australia in back to back successful shows and earning rave reviews along the way. Mandi is a highly acclaimed singer/actress who has enjoyed international success performing in Busting Outon its’ sell-out UK and National tour and then reprised her role in the United States at the Hayworth Theater in Los Angeles. In recent years she has played Earth Mother in Menopause the Musical in Concert, Rita in Educating Rita, and the title character in Shirley Valentine for HIT Productions.

Other notable roles include Annie Sullivan in The Miracle Worker, Mrs Lovett in Sweeney Toddopposite the late Rob Guest and Sharon in the Melbourne and Adelaide seasons of Dumped! The Musical we’ve all been through.

Mandi has become synonymous with the HIT Productions triumph Always…Patsy Cline. The show was nominated in the 2017 Drovers Awards as best touring show of 2017 and is enjoying another successful tour this year. Mandi’s performance has been acclaimed right across Australia as being warm, funny and heartfelt.

She now brings her considerable talents to the role of Angela in My Brilliant Divorce, a role that is tailor made for her impeccable comic timing and abilities to make audiences really feel what her character goes through in this story of recovery after a divorce.