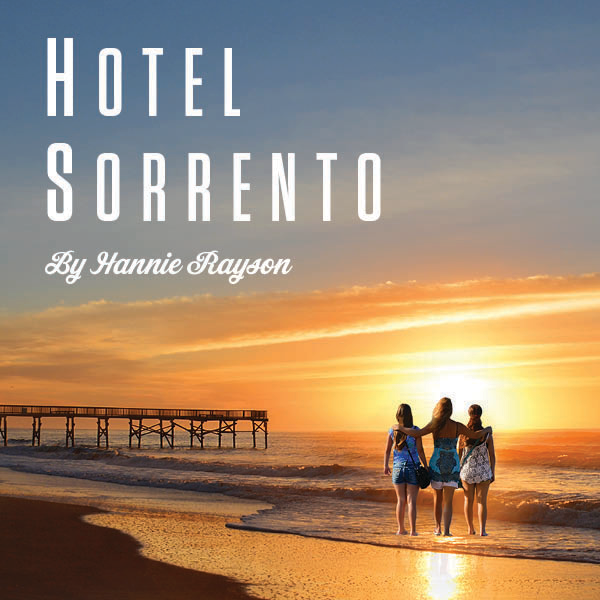 The award winning play Hotel Sorrento by Australian playwright Hannie Rayson, which inspired the film of the same name, tells the story of three sisters who grew up together in the seaside town Sorrento.

Hilary lives in the family home in Sorrento with her father and 16 year-old son. Pippa, a business woman, is visiting from New York and Meg, a successful writer, returns from England. When the three sisters are reunited after 10 years apart they again feel the constraints of family life. A semi autobiographical book written by middle sister and expat Meg triggers the familial tensions and dramas that eventuate. The play is about family in a literal and metaphorical sense and the importance of blood ties and collective memory, true or false.

Hotel Sorrento was first performed in 1990 by the Playbox Theatre Company and won an AWGIE, NSW Premier’s Literary Award and a Green Room Award. Since then the play has had over 50 productions throughout Australia and overseas (winning critical acclaim on its London debut), and has been translated into French, Japanese and Swedish.

This will represent the 20th anniversary of HIT’s first production of the play. HIT has a great deal of affection for Hotel Sorrento being that it was a production of this play in 1998, directed by David Latham, that launched HIT’s touring arm in 1999.

“Holding a mirror up to the society in which it was written, it has universal themes and feels even more relevant (than when it premiered in 1990) to a world living in fear, keenly aware of difference and to a nation constantly questioning the nature of being Australian and interrogating our ties to the Mother Country and our alliance with the US. Hannie Rayson perceptively examines these issues through the three sisters (as in Chekhov) who represent distinctly different facets of ‘The Australian’, especially ‘The Australian Woman’. This is a moving, insightful and often very funny piece of entertaining first-rate theatre.”
Denny Lawrence, Director

“….this is a very strong ensemble performance, disciplined and very well crafted.”
The Sunday Age

“Hotel Sorrento is quality, well crafted theatre. This production is very well put together and well worth a look.”
Melbourne Times

“This is an excellent revival of an important play…”
The Age

“In this first rate production by HIT, the cast were excellent. The set gave the feel of Sorrento – one could almost hear the waves and visualise the whirl of the seagulls.”
Stage Whispers

“All the actors… formed a team of great strength, lifting the play off the stage and into our heads and hearts.”
Canberra Times

“…managed to pull out a heart-warming tale of one family’s struggle with loyalty and self expression… onstage performances were exemplary.”
Courier Mail

“Rayson puts all the issues out there and explores corners of the human heart… director Bruce Myles has delivered a faithful, beach walk-pace production that remains true to Rayson’s objectives.”
The Sunday Mail

“We’d love to offer a huge thank you to the company, cast and crew also for their involvement in the schools’ performance and willingness to provide an informative and qualitative post show talk/discussion for the students. The feedback we’ve received from this session has all been positive and our Education Officer feels that the fit was not only perfect for the current curriculum, but that the students were astoundingly receptive and thoroughly enjoyed the day.”
Kim Turner, Adelaide Festival Centre

“HIT Productions’s entire cast and crew brought Hotel Sorrento to vivid life with emotional conviction and engaging nuance, allowing the audience to travel part of the road of the characters lives’ with them. Crystal-clear articulation delivered nearly every word perfectly to the entire auditorium; and detailed (and frequently changed) sets and a variety of beautiful lighting well conveyed the seaside town’s changeless character.  All in all, the quality of production and direction and the professionalism of its actors have made of the play an engaging storytelling vehicle worthy of notice.”
Stage Whispers

“If you enjoy Australian stories, this is a good play to go and watch. All the actors do a great job of depicting the volatility of family secrets.”
Weekend Notes