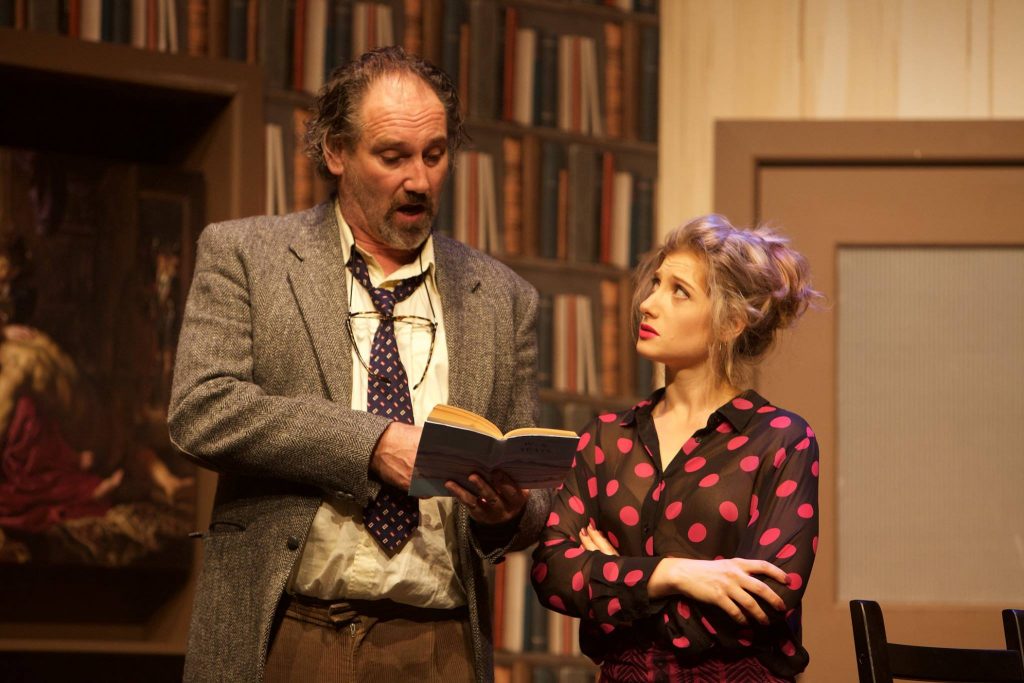 Frank is a cynical, burnt-out English professor, who drinks far too much whiskey. Rita is a hairdresser and a bit naive. She has however, a wonderful and indeed desperate thirst for knowledge and she chooses Frank of all people to introduce her to culture. Frank soon discovers that Rita has a lot more common sense than the so-called educated class within which he moves. He begins to fall in love with Rita for her zest for life, her almost childlike qualities and her simple, natural intelligence. But Rita’s life soon changes in this new environment. Two very different worlds then collide, merging to produce a charming human comedy and a wonderfully entertaining modern day Pygmalion.

Educating Rita was written by Willy Russell (the playwright of the ever popular Shirley Valentine) and premiered in 1980. The stage play and popular film version have gone to entertain audiences around the world becoming a comedy classic.Having successfully produced the play in 2007, HIT Productions are delighted to be producing this brand new production directed by AFI Award winning director, Denny Lawrence.

“I wanted to make a play which engaged and was relevant to those who considered themselves uneducated, those whose daily language is not the language of the university or the theatre. I wanted to write a play which would attract, and be as valid, for the Ritas in the audience as well as the Franks.”
Playwright, Willy Russell

“Like all classics it is universal in its themes as though it could have been written yesterday. Most of all, it is full of the wit and passion that characterise Willy Russell’s works.”
Director, Denny Lawrence